I just stocked the back issue bins with a ton of classic Marvel Comics Star Wars Issues. Including issue #1 and the VERY HARD to find final issue of the series.

Save on pre-bagged comic collector sets such as Crisis on Infinite Earths, Uncle Sam and the Freedom Fighters, Weapon X, and many many more. 35% OFF until they are sold.

Huge sale on most of our ANIME DVDs. Get 50% off their original price.

Due to a tie in our Summer Rampage event we are resetting the stats and throwing down in a single day, Summer Rampage style (with Rampages and Finishing Moves). We will be using Steamroller 4 rules and scenarios but with all the added mayhem of Rampage.

League Nights: Fridays 5-9 (but you can play any time the store is open.)

This is your last chance this year to grab those nifty Call to Arms medals. Every major force in the Iron Kingdoms is converging on Caspia/Sul. Seige brought down the walls but you can bring the pain to your opponents. 5 weeks of bloody urban fighting will decide who stands victorious.

Bring two copies of your 3, 750 point lists. As per the rules, a character can only appear once in all three lists, including Warcasters/Warlocks. Example: Finn can be in list 2 but only list 2. 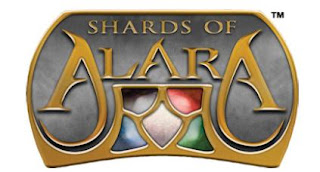 Magic - Shards of Alara Pre-Release event has been scheduled for Saturday, September 27 at 11AM. We are now taking pre-paid sign-ups, remember we have room for only 36 players. Sign-up now to ensure a spot.