I HAVE ARRIVED IN NEW YORK SAFELY !!
Check out the live updates from the convention here. 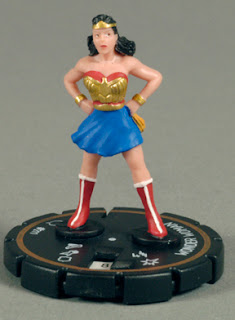 Stop in Saturday, February 24th between 10AM and 11AM and pick up a FREE HeroClix Wonder Woman figure and then use her in the 11AM HeroClix tournament.

All participants in the 11AM tournament ($8 entry fee) receive 1 booster of ANY HeroClix expansion that we have in the store and a FREE map of the JUSTICE SOCIETY HEADQUARTERS. All figures (including your FREE Wonder Woman figure) will be played in this tournament on this new map.

And if that wasn't enough come in and get a look at ALL of the figures from the upcoming HeroClix expansion DC ORIGINS. 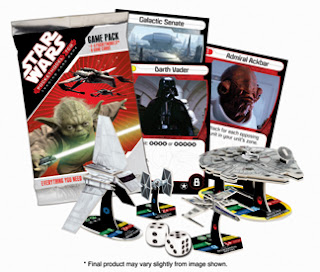 WIZKIDS ANNOUNCES STAR WARS POCKETMODEL TRADING CARD GAME
WizKids Inc., a subsidiary of Topps and the creator of runaway hit games such as HeroClix® and Pirates of the Spanish Main, announced today that it will release a new collectable game called the Star Wars PocketModel trading card game (TCG). The agreement is an expansion of Topps' current licensing agreement with Lucas Licensing.

"The Topps Company and Lucas Licensing have enjoyed a successful 30-year licensing partnership and are proud to extend our license to include trading card games," said Ira Friedman, Topps vice president of Publishing and Licensing.

The Star Wars PocketModel TCG combines the best features of classic TCGs with those of constructible strategy games (CSGs), a category that WizKids® pioneered for kids. This TCG innovation allows players to use characters and action scenes from the movies on their cards to help control their fleets of PocketModel ships as they attempt to destroy each other¹s objectives. This exciting, easy-to-learn game derives its content from all six Star Wars movies, making it possible for fans of all generations to enjoy battling for control of the galaxy!

"Topps trading cards were the very first Star Wars ­licensed products," said Howard Roffman, president of Lucas Licensing. "We are pleased to expand our longstanding relationship with Topps to include both WizKids and trading card game products. We are excited for Star Wars fans because there has never been a product quite like this before."

"It is a privilege to be given the opportunity to create trading card games for a property with the history and popularity of Star Wars. Our first directive has been to develop a truly innovative card game that young Star Wars fans can enjoy," said Lax Chandra, WizKids president. "The excitement generated by kids during our testing of the PocketModel TCG has exceeded our expectations on all accounts."

The Star Wars PocketModel TCG is expected to be released at retail in June 2007, with a preview and samples available at Star Wars Celebration IV, May 24­-28 at the Los Angeles Convention Center.

DC Comics announced that 4 One-shots, that tie in their weekly comic series 52, will be released beginning April 18th. These one-shots help bridge the story between 52 and the 'One Year Later' titles. The focus of these issues are Black Adam vs the rest of the world. 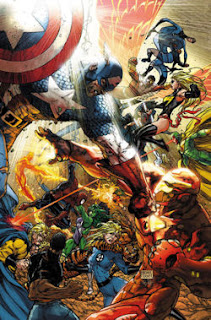 After all the hype and all of the delays Marvel Comics' Civil War Series finally comes to a close in just 10 days. Will Captain America die at the hands of Iron Man in the final battle? Will the entire event turn into a Skrull Dream Sequence? Come on you've stuck with it this far you know you're going to read the final issue.