Stop me if you've heard this one...

There's a supervillain who may possibly be psychotic, has a pale white face with a giant red mouth, and enjoys terrorizing and killing the citizens of dark, crowded city for fun - at least until his rampage is put to a stop by the local superhero, who has a penchant for dropping in through skylights. Any of that sound familiar? 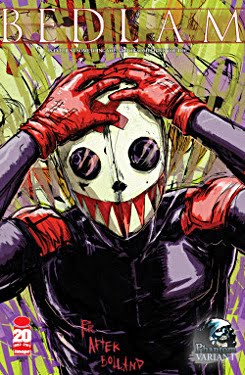 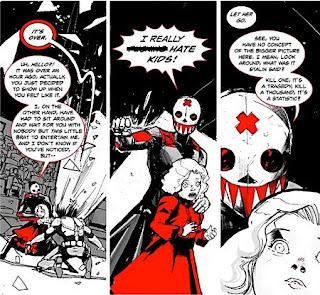 In Bedlam, from Image Comics, writer Nick Spencer (Morning Glories, Thief of Thieves) and artist Riley Rossmo (Proof, Rebel Blood, Daken: Dark Wolverine) introduce us to the villain Madder Red, who was captured, taken to jail, and seemingly killed in an explosion - a body was found and everything! But then why does average citizen Fillmore Press start every day with a series of positive affirmations designed to keep him sane and remind him that he's not Madder Red?

The premise of the series could easily be "if The Joker were cured, how long would it hold? And what would he do when it started to wear off?" The drive of the story is not only to answer that question, but also to tease us with the specific "how" of Madder Red's change from madman to mundane; or more accurately, the "who" and the "why," because we're given hints of the process, but we don't know who's behind it or how they got in a position to be able to do it.

We also find out that the city of Bedlam has plenty of crazies beyond just Madder Red - are they filling the void he left, or is Fillmore just looking for an excuse to get near that kind of strange rush one more time? 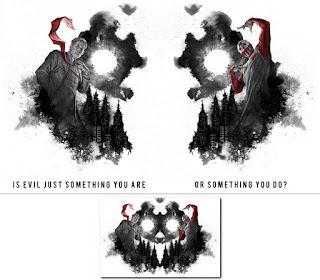 The writing is very wordy at points, and delivers a lot of standard serial killer tropes, but the story itself is engaging and has a heck of a hook. The art is moody and scratchy, and the colors - other than red - are desaturated. Bedlam is a pretty cool book, so check it out.

The first two issues are out now, so give them a shot: if you hurry, you can even take advantage of our "Guaranteed comics" plan, and try the book out with no risk. This is only a limited time offer, though, so act fast!