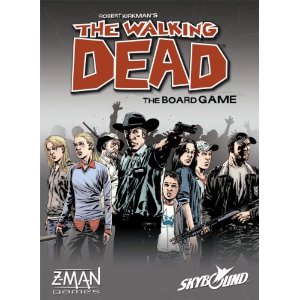 The Walking Dead: The Board Game from Z-Man Games transforms the Robert Kirkman comic book series into a board game, giving "fans the opportunity to play Rick, Shane, Andrea, and other favorite The Walking Dead characters as they deal with zombies, collect supplies and pick up the pieces of their lives", according to a press release announcing the game. Encounter and location cards recreate scenes and events from the comic book series.

You can bet we'll be playing this game during ZombieFest at the end of October.